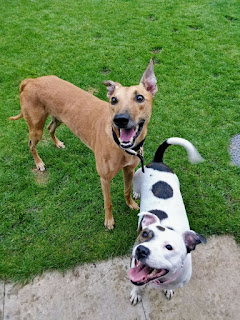 Instead of meet the author, how about meet the mutts? Maisie and Ollie are the real stars of the show, they love life and being lazy on the sofa while I write. Aren't they just the sweetest!
Post a Comment
Read more 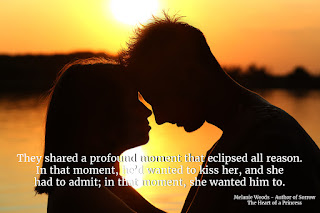 Profound Moment Please enjoy the excerpt below from the book Sorrow - The Heart of a Princess. The sun breaks through the clouds, bathing them in light. She turns to it, closes her eyes and smiles; basking in its glow. The gravity of nearly dying hits her with force and Elena feels an overwhelming sense of appreciation for the moment. She opens her eyes, looking at the beauty of the garden around her, committing as much of the experience to memory as she can. If it weren’t for Damon I wouldn’t be standing here right now. I would have missed all this. I’m so lucky to be alive. With the sun still beaming down on her, the heavens open in a torrential downpour. She laughs with exhilaration as she feels each warm drop splash against her skin. “Come on Elena, let’s go!” She can hear Damon running to the entrance of the yard but she stays. A rainbow appears in front of her. The beauty of this perfect moment takes her breath away. She falls to her knees and
Post a Comment
Read more 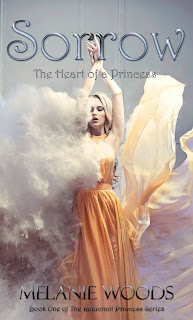 My First Novel Is Finally HERE!!! I'm excited to introduce you to my first novel: Sorrow - The Heart of a Princess Elena's future is no longer in her own hands. Caught between the ambitions of powerful men, she is trapped and in mortal danger. The King is dead, and there's a threat against the whole Royal Family.  The King's niece, Elena, is ripped from her friends and fiancé for her protection. Can she trust her new protectors, or is she being used as a pawn in someone else's game?  Elena's life has changed forever. Whether she likes it or not, her Father is now the King, she is the Princess. She desperately clings on to her freedom as everyone around her now only sees her as their ticket to power. She finds that she can no longer trust anyone. Even her fiancé could be responsible, as the Prince of another Kingdom... and then there's Damon... Should she trust her head, or her heart?  As the son of a high ranking General, Damo
2 comments
Read more